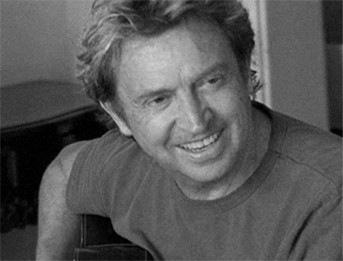 Is an English multi-instrumentalist, photographer and author born in Poulton-le-Fylde, Lancashire, England. Best known as the guitarist for rock band The Police, he has also recorded twelve solo albums, collaborated with many other artists, toured extensively under his own name, published several books, and composed several film scores. 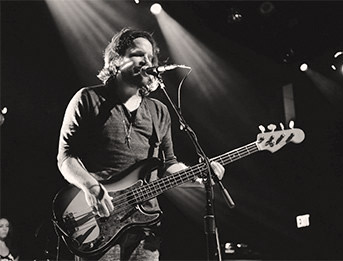 Founding member of The Rescues, an American rock band from Los Angeles, California, formed in 2008. Their music can be classified as Indie Pop/Rock, and is notable for its use of four-part vocal harmonies (all four members are singers as well as multi-instrumentalists)

Coattails. Piggybacking. Standing on the shoulders of giants. This is often the case in rock music, though it isn’t always successful. For every Hagar there seems to be two Gary Cherones. For every few great bands, there seems to be a not so great supergroup. But when people first hear about Circa Zero, the new band with Andy Summers and Rob Giles, they all seem to think the same thing: Who is the other guy riding the coattails of Greatness? One of them is a legend, true. A very well-known master in a few hipster circles in three or four neighbourhoods of Los Angeles and New York, having sold hundreds and hundreds of albums, both as a solo artist and as a member of The Rescues. But give the other guy a break. He played guitar in a band called The Police. The story goes – Andy was a fan of The Rescues, and came to see them every chance he got. When Giles finally got the chance to hang out with Andy after a show one night, they hit it off immediately. Andy called a few weeks later, saying something English and debonair like “Fancy jamming some tunes, mate” or something, to which Rob said “f*** yeah!”.

They started writing songs together at Andy’s studio in Venice. The evidence there was a “band” in the making was immediate; it was the most fun, and the most “rocking” thing either of them had done in many years. Without trying to sound like or run away from the influences of The Police etc., they simply followed their mutual muse and began to carve out a growing number of melodic songs with a walloping dynamic punch, both familiar and new, modern and classic.

What is most shocking, perhaps, is how vibrant and contemporary Andy sounds. He is still playing with fury like a  teenage prodigy from the Valley. And Giles, who played both bass and drums on the debut album as well as the epic and unhinged singing, is a bit of a mystery – how has he not broken through to bigger audiences yet?

One night Andy was invited to the Troubadour in LA by his friend Peter Leak the manager of a band called the Rescues. Andy had never heard of the Rescues but believed his friend when he said that they were the greatest band of all time.

They came on stage at the Troubadour and immediately burst into four part harmony. Andy felt his socks blow off. This was promising. He then noticed what appeared to be a bear on the drums. The bear in fact was Rob Giles who obviously having been brought up by a magician appeared able to play four instruments at once while singing. In his brief areer Andy had never seen anything like it. He was impressed. A year passed with Andy spending sleepless nights wondering about the Rescues; where were they, what were they doing, what happened to the bear.

His friend Peter called again. The Rescues were going to make another appearance. Andy found the place in a back alley in darkest Hollywood. It was a bit off putting but he plucked up his courage and entered the smoky hole. Once again the Rescues delivered a magical performance. The bear got up and played a guitar and made funny jokes that referenced ancient psychedelic drugs and then emitted a very long high c with a sweet pure tone.

After the show Andy went outside into the alley, the high c still ringing in his ears like a clarion call to some golden place in the future. While he was standing here. Rob Giles emerged from the club and began talking to Andy about race horses with exotic names. Andy was confused by this conversation but put it down to the effects of an enervating performance. Driving home it occurred to Andy that he should get together with this Rob Giles person – that in fact the Rob Giles person had an amazing voice and boy wouldn’t it be great to play with a singer like that.

He called his friend Peter Leak who agreed that the two of them probably should get together. A few days later Rob Giles turned up at Andy‘s studio. After a thirty minute conversation in which they righted all of the world’s ills they started jamming with a couple of guitars, Andy on a red Stratocaster Rob on an early sixties Les Paul Junior. Something mystical was happening. The hand of destiny, though invisible was in the room. Before the afternoon finished they mutually agreed that they should make an album together; such were the vibes. Later that night Andy discussed the events with a Tibetan Rinpoche who said that their meeting had all the signs of an auspicious event. He then chanted for them and burned incense.

Andy and Rob  sailed on and throwing caution to the wind decided to do a show at the fabled El Rey in Los Angeles  although they were completely unknown and maybe nobody would come . It went well, very well… They threw the dice again and suddenly found themselves in Shanghai  now bringing their brand new music to the people of China. This too went well and for a moment they considered taking up residence in Shanghai . But eventually they returned to California and collected managers , agent and a record company – 429 records. Now armed to the teeth with all of the above and a killer cd they are ready to take on the world. Watch out – here they come…