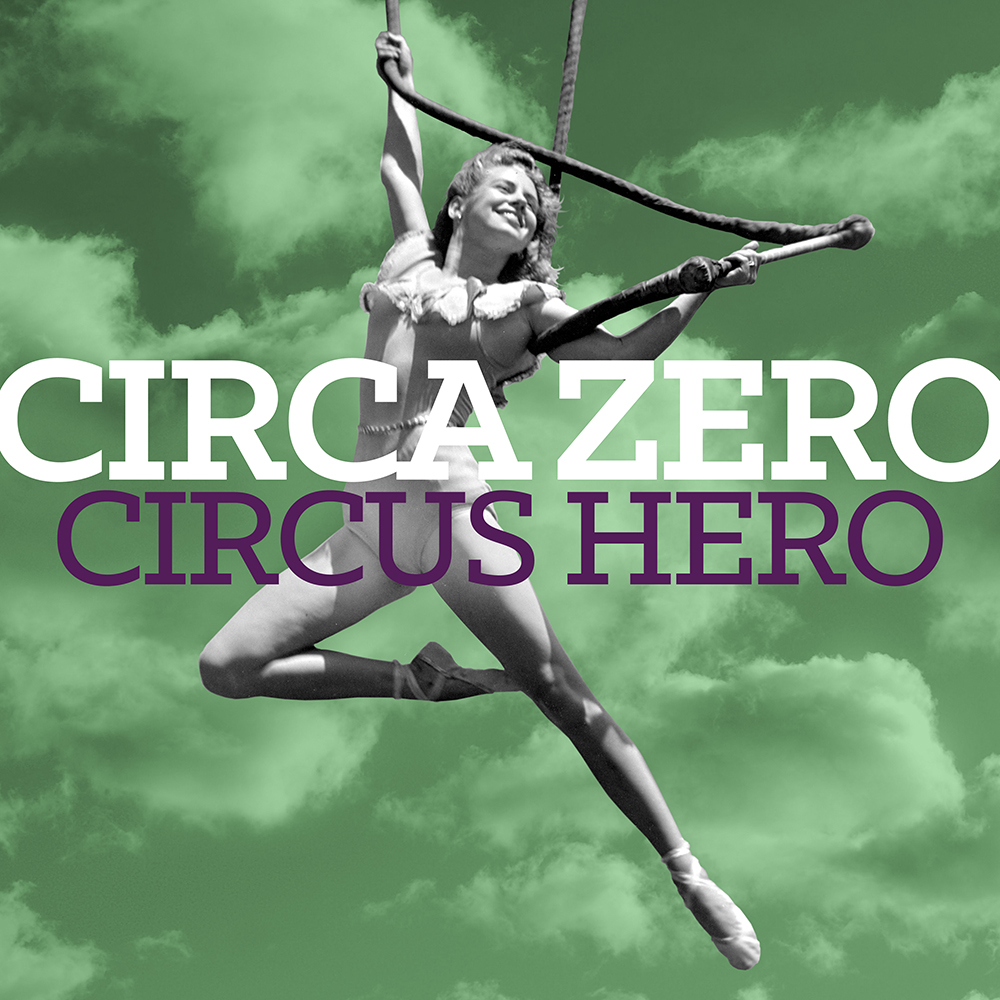 After 20 years amassing an impressive, mostly instrumental solo discography that often dug deep into exploring his jazz roots, Andy Summers hopped off The Police Reunion Tour in 2008– a 15 month worldwide jaunt that became the third highest grossing tour of all time –with a burning desire to keep rocking. Eager to start a new project, the guitarist, a Rock and Roll Hall of Famer since 2003, began recording material for a rock album in his Venice, California studio. He ultimately felt it lacked the right magic. Fast forward a few years and a fortuitous encounter at Los Angeles based singer, songwriter and multi-instrumentalist Rob Giles’ performance at The Troubadour with his band The Rescues, and Summers realized he had found the ideal musical partner. Dubbing themselves Circa Zero, the duo’s 429 Records debut Circus Hero is a whirlwind of intense pop/rock energy, a set of 13 freewheeling, infectious tracks combining Giles’ soaring vocals and harmonies with Summers’ powerful melodies and inventive riffs.

Circa Zero is, for Summers and Giles, an exciting new chapter in their respective careers. The album was created in an environment where The Police and The Rescues were rarely, if ever, referenced. The concept behind the name Circa Zero is simple: it’s all about liberating themselves from the past and creating something vibrant and fresh. “It’s an edgy name that literally means ‘about nothing’,” Summers says. “Our music is all about starting with a clean slate and seeing what happens. We think it’s a great record that will surprise people and blow them away.”

Summers played guitar and Giles (also a guitarist) handled bass, drums and vocals. The driving force of Circa Zero, its innate unexpected chemistry, is not something that can easily be broken down. “It’s instinctive, and hard to articulate,” Summers says. “From the start, we were on the same team going all the same places together. That kind of feeling is very rare. I had it with Sting but there’s been no one else since then, so it’s very magical when it happens. This is that thing.”

Starting with the electrifying song they created from the hypnotic electric guitar riff that became the foundation for “No Highway” Summers and Giles had a clear vision in mind: making a rock record. After years of recording jazz and instrumental projects, Summers was excited to work in a rock context with a vocalist again. “It’s not like I was going to come back after the Police tour and do an electronic dance music album,” he laughs. Giles, whose credits include producing and co-writing the Top 30 debut EP for Grey’s Anatomy actress Sara Ramirez and song placements on “Grey’s,” “Private Practice,” “One Tree Hill” and others, loved The Rescues, but felt creatively stuck in the singer/songwriter mode. As a duo, both had the opportunity to challenge themselves to rock in a way they never had before.

For Summers, the legend who wanted to get rocking again, and Giles, the accomplished multi-talented singer and producer of The Rescues, Circa Zero is not just a novel concept. Says Summers: “Circus Hero is more than just a one-time project. It marks the beginning of a special creative partnership for both of us.”