The Police are dead! Long live Circa Zero!

Okay, it’s not that dramatic, but Police guitarist Andy Summers – who has a new rock group Circa Zero – can’t see the British New Wave veterans touring together again after their hugely successful 2007-08 reunion tour – the seventh highest grossing trek of all time.

“I would think it unlikely at this point because I think we did it,” said Summers. 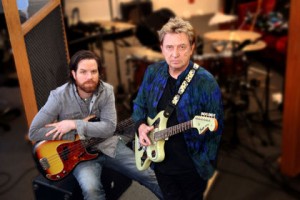