Andy Summers says he reconnected with rock and roll music when he teamed up with the Police for a reunion tour five years ago. Before that, the English guitarist had been making solo albums featuring jazz, world and classical music. Far from rock.

“I had this period in ’07 and ’08 with that giant Police reunion tour, and it just kind of put me back in the rock mode, the rock scene. And I just re-embraced it,” Summers told CBS News.

Now fully entrenched in rock music again, Summers has unveiled a new project: Circa Zero, his new band with singer-songwriter/ multi-instrumentalist Rob Giles of the Rescues. Summers, 71, has been putting out solo albums ever since the Police parted ways in 1986 (12, to be exact), but this marks his first official band since the Police.

Summers said he knew immediately that Giles had something special. It was like the “big bang,” said Summers, who first met Giles after a Rescues gig. 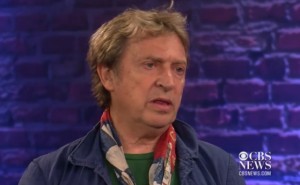