Police hero Summers back with Circa Zero

Police hero Summers back with Circa Zero

Andy Summers is one of the great guitar stylists.

His delicately serrated lines flavoured The Police’s popular meld of rock, reggae and jazz during the 1970s and `80s.

Since the supergroup’s demise, much of Summers’ solo career has been characterised by rock/jazz explorations and collaborations with Robert Fripp. But he reunited with The Police for a world tour in 2007-08, and that move back to mainstream rock clearly inspired his latest move.

Teaming with LA multi-instrumentalist Rob Giles, Summers’ guitar work is fairly conservative, with the single Levitation a radio-friendly rocker. Others, such as Light The Fuse & Run and The Story Ends Here, sound like lost U2 tracks.

Read More of the Article 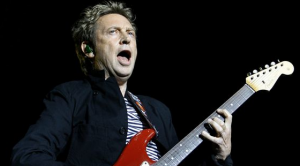