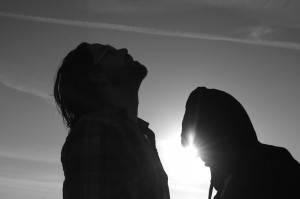 Police guitarist Andy Summers has a new band, Circa Zero, that rocks as hard as anything he’s done in his long, arresting career. Summers sat down with FOX411 to discuss Circa Zero, his upcoming documentary, and what The Police could possibly do as its final act.

FOX411: I understand Circa Zero’s album title was inspired by someone mispronouncing the band’s name.

Andy Summers: That came from being on New York radio around 8 in the morning (affects New York accent): “And here’s a track by Circus Hero…” I came back and told Rob [Giles, the band’s singer, bassist, and drummer] what the guy had called us, and he said, “Well, that’s what we should call the album.” And I said, “Yeah, ok. Why not?” (laughs)

FOX411: Alex Lifeson of Rush once told me how you influenced him to change the way he approached soloing in the ’80s. You always found a way to play something unique that fit the specific context of the song at hand.

Summers: I think you want to sum up the whole song with the solo, whether it’s hard rock or something else. It’s your “guitar player” moment, but it has to relate to the song somehow. It all gets summed up in that bit.

For more of the interview