When Rob Giles started Circa Zero with Andy Summers, he had a goal for the band he expects most fans of Summers’ work with The Police would have shared.

“As a fan, I wanted another rock record for Andy Summers,” says Giles, who sings, drums and plays bass on the band’s debut album, Circus Hero. “I’m a fan of his talent, and I’m glad he did all the records he did, but I wanted a rock record.”

From the first few bars of single Levitation, the video for which is premiering at USA TODAY, it’s apparent Giles got what he wanted.

Read the article and watch the video here 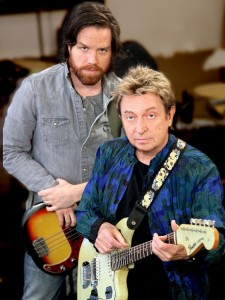